Junichi is rather nervous of Haruka coming over as not only is she cooking for him but also staying over for the night as well which coincidentally his parents and Miya are out. As they go to bed, Haruka reveals she is leaving for England to be with her grandparents after her graduation ceremony which comes to a shock to Junichi. After confirming the story from Hibiki at school, he calls Haruka at her home only for Jessica to pick it up. Realizing what he’s worried about, Jessica misleads Junichi saying not only Haruka will be leaving Japan and staying at England permanently but studying there as well and for Haruka’s sake, he shouldn’t speak to her. As Junichi walks around in town wondering what to do, he has an epiphany after seeing a wedding dress on display. On the day of the graduation ceremony, Miss Takahashi is surprise to learn that Junichi will be giving out the congratulation speech as the student representative instead of Tsukasa because he begged her. 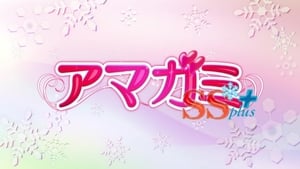