Akuto defeats Hiroshi in the sky, and carries him down to a forest for Yuko to look after him. Meanwhile, Yamato has taken Kena to the shrine and attempts to make the contract with the principle of identity, but Akuto appears and the battle begins in the presence of the gods. Akuto at last defeats Yamato and takes back Kena. He learns that the demon king was created by the gods to make the contract with the principle of identity and destroy humanity. Akuto refuses and declares his intent to kill the gods, causing their defense system to activate. Akuto puts his life on the line to battle the gods, and put an end to the story they have created. Peter Hausen gives Kena a dragon tooth as a memento for his predetermined death. Akuto and Kena reunites with Junko, Korone, Hiroshi, Fujiko, Lily, and Yuko. Everyone starts a new semester at the academy, in which the battle of the demon king altered the memories of those involved. 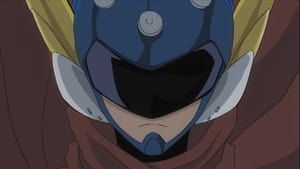