The Isolation Cell is Fun?

Keena’s intervention manages to somehow make Junko and Akuto friends again. But during a class on mana control he knocks her unconscious again. His teacher, Mitsuko, recommends that he go into the Mental Self-Discipline Chamber. Inside the chamber, where people are said to have died, Akuto gets depressed. For some reason Korone and Keena came along, and he’s caught between the two of them. However, they find a mysterious map. Keena is intrigued and wonders if it is a treasure map. The next day, Keena copies the map and it ends up all over school. It becomes the talk of the whole academy. But, Fujiko recognizes something on the map. 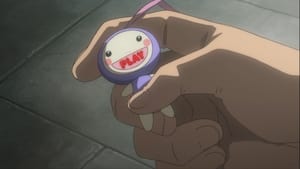