Let's Go to School by the Sea

Under observation by the government, Akuto is depressed to find out he cannot go to the seaside school on an island. But Korone arranges for him to go by offering to take responsibility for him herself. However, she makes constant attempts to seduce him to let down his guard. Akuto tries to enjoy going to the beach with Junko, but both Kena and Korone interfere when the former two are having fun. Later on, Akuto sees Hiroshi, who tells him about the legend of the demon king on the island, to which Akuto does not believe. The legend says that the revival of the demon king and the dragon will call forth a legendary hero who would defeat them in battle. Meanwhile, Lily Shiraishi, informing Fujiko about the government’s plan to use Akuto for its own benefit, says that she will handle this situation on her own. 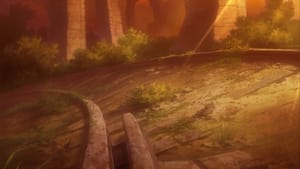