The Qwaser of Stigmata: 1x17

Things continue to deteriorate as the Holy Aurum (Gold) Qwaser finds that she is her own Maria Magdalen while taking Mafuyu captive and deriding Shin’ichiro’s subterfuge against her. The expository concourse Friederich Tanner and Shin’ichiro prosecute about the true purpose of the heretic Qwasers Sasha has killed under Athos’s orders sets the stage for Sasha to demonstrate great moral strength when he spares Teresa and Elizabeth prior to chasing after Shin’ichiro only to find himself knocked around like a rag doll as Shin’ichiro either dodges or otherwise perverts to his detriment each of his attempted attacks; it is only by channeling his protective desire for both Tomo and Mafuyu into forming the Fresh Blood Sword around Mafuyu’s wooden sword that Sasha successfully turns the tables against Shin’ichiro using his full powers. Elizabeth is extremely anguished that Shin’ichiro is in a bad way but respects his dying wish for her to fight alongside Sasha as debris from the roof falls upon him; unfortunately for the hysterical Elizabeth, the Holy Aurum (Gold) Qwaser is still intent upon the »Tsar’s Crowning« as she energizes the Imperial Egg to begin assimilating it. Although she is after the Egg for her own reasons, Ekaterina’s ranged energy attacks ultimately become the ironic deus ex machina to foil the Holy Aurum (Gold) Qwaser’s plans along with emancipating both Mafuyu and Tomo; unfortunately, Friederich is not hostile to taking Tomo as a consolation prize. 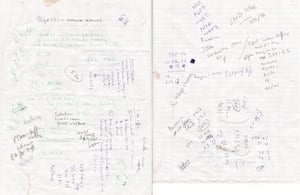