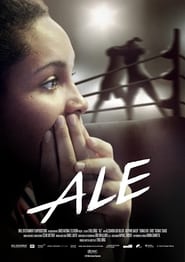 19-year-old Alessandra is a wrestling student. As a newbie, her goal is to develop a so-called “gimmick” for herself. A ring character of her own, which should become very similar to her due to her biographical cornerstones. This film documents this development process, which at the same time also represents an inner journey of self-discovery for Alessandra. But on her way to becoming a full-fledged wrestler her life changes in an unexpected way, which forces her to grow up faster than expected.