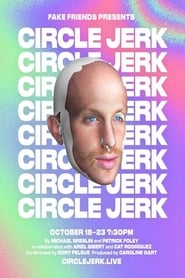 It’s winter on Gaymen Island, a summer retreat for the homosexual rich and fame-ish. This off-season, two White Gay internet trolls hatch a plot to take back what’s wrongfully theirs. Cancelations, meme schemes, and political and erotical flip flops abound as three actors playing nine parts play out this chaotic live-streamed descent into the high-energy, quick-change, low-brow shitpit of the internet.