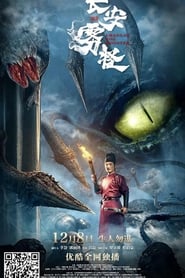 The movie tells the story of Chang’an City, which was instantly flooded by a sudden dense fog, and the people panicked and fled everywhere. The unscrupulous Xiao Cheng guards the weak prince and is trapped with the civilians, waiting for the fog to dissipate. However, the fog did not disperse as expected, and the people who walked into the fog never returned. The fog gradually revealed the hideous face of the frightening beast, and Xiao Cheng fought to his death to protect Chang’an