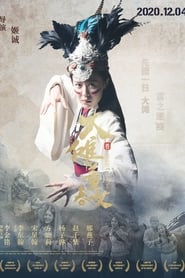 The Nuo Sacrifice is a court sacrificial ceremony that has been passed down for thousands of years to pray for the safety and happiness of the people. Later lost. After Liukeng ancestor Dong Dunyi brought back to the ceremony, in order to prevent being lost again, it was stipulated that all women who were elected as the grand Nuo should not be married for life. Dong Chunnv (played by Li Jinming), who is a great Nuo, grew up in the 1920s. Under the influence of progressive thought, she broke through the constraints of feudal ideology and gave up the great Nuo to marry the civilian Yuan Dechang (Song Xinghan). Later he was taken as his wife by military bandits