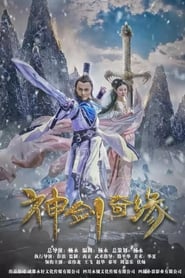 In the ancient times the Devil’s Cult, led by the traitor Ling Guangzi, attacked the Xiuxianmen Clan. Unprepared Xiuxianmen and the Demon Cult started a desperate fight for Sword of God that sealed in the mountains. Three hundred years later, Qing Qiu, the head of the Shangqing Sect, passes the sword and the leadership to Wu Nian, who leads the Xuxian Sect on a long search for the sword, encountering various obstacles on the way from the remnants of the Demon Sect. A series of intricate plots, schemes and killings are staged between the two sects. Many years later, Wu Nian leads the Immortal Sect to Yunhai Peak, where another fierce battle is fought with the Demon Sect, resulting in numerous deaths and injuries to the Immortal Sect and the bodies of the Demon Sect’s disciples.