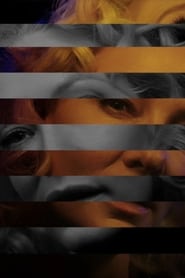 The work follows Greek philosopher Galen’s classification of four personality dispositions—sanguine, choleric, phlegmatic, and melancholic. In the film, Blanchett is seen playing four characters, each representing one of the temperaments. Denoted by color, we see the actor’s face appear on the screen bathed in yellow portraying sanguine, red for choleric, blue as melancholic, and green for phlegmatic. As Blanchett’s personalities are displayed in a series of synchronized images, she begins establishing each distinguished character.