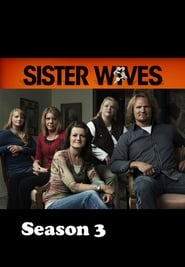 The twenty one episode season mainly dealt with the family’s inability to be a cohesive unit while living in four separate homes. Meri explains more about the infertility problems she has experienced, while Christine discloses more on her jealousy of Robyn. The season returned from hiatus on November 18, 2012, to the Brown family still discussing their options into moving their family onto one property, and invest in a cul-de-sac where they can build four homes. It is more evident this season that living in separate homes is tearing the family apart. Towards the end of the season, the family plans a three-day trip to Nauvoo, Illinois, the birthplace of American polygamy. In the last episode on December 30, 2012, the family also deals with the upcoming departure to college of the eldest Brown child, Logan.